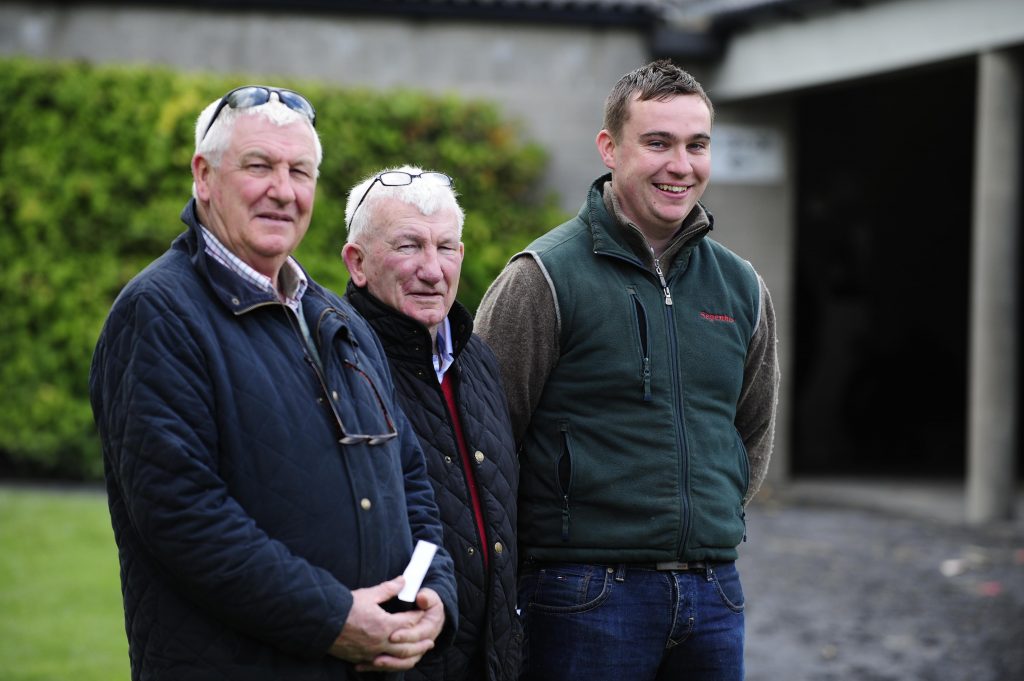 In the heart of The Thoroughbred county, Kildare, lies the 300 acre, limestone land that is Oghill House Stud.  Owned by Pat and Hugh Hyland, Oghill House Stud is a 4th generation owned farm with the 5th generation, John (Hugh’s son) working alongside, gleaning the wealth of knowledge which has been passed down from his grandfather to his father and uncle.

With 40 boxes Oghill House Stud provides accommodation and care through pre-training, rest & recuperation for racehorses, foaling and sales preparation.  At the 24-hour monitored foaling unit, Oghill House Stud has delivered 56 foals in 2017.  Over the years progeny from some of the most well known stallions have been raised and grazed on the farm such as Sea the Stars, Invincible Spirit and Lope De Vega resulting in graduates such as Marcel Gr1 Racing Post Trophy Winner (2yo), Washinton DC 5 stakes wins including Gr3 Phoenix Sprint, 2nd in Gr1 Prix de l’Abbaye and 2nd in Gr1 Phoenix Stakes (2yo) and Championship 3 stakes wins including Gr2 Zabeel Mile and Gr2 Al Fahidi Fort.

Exercise whilst on the farm is available in the many paddocks over the 300 acres as well as in the lunge ring, indoor arena and the 6-horse walker. 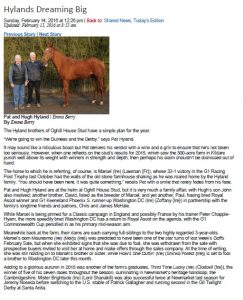 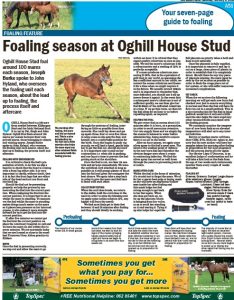 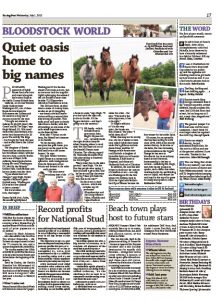 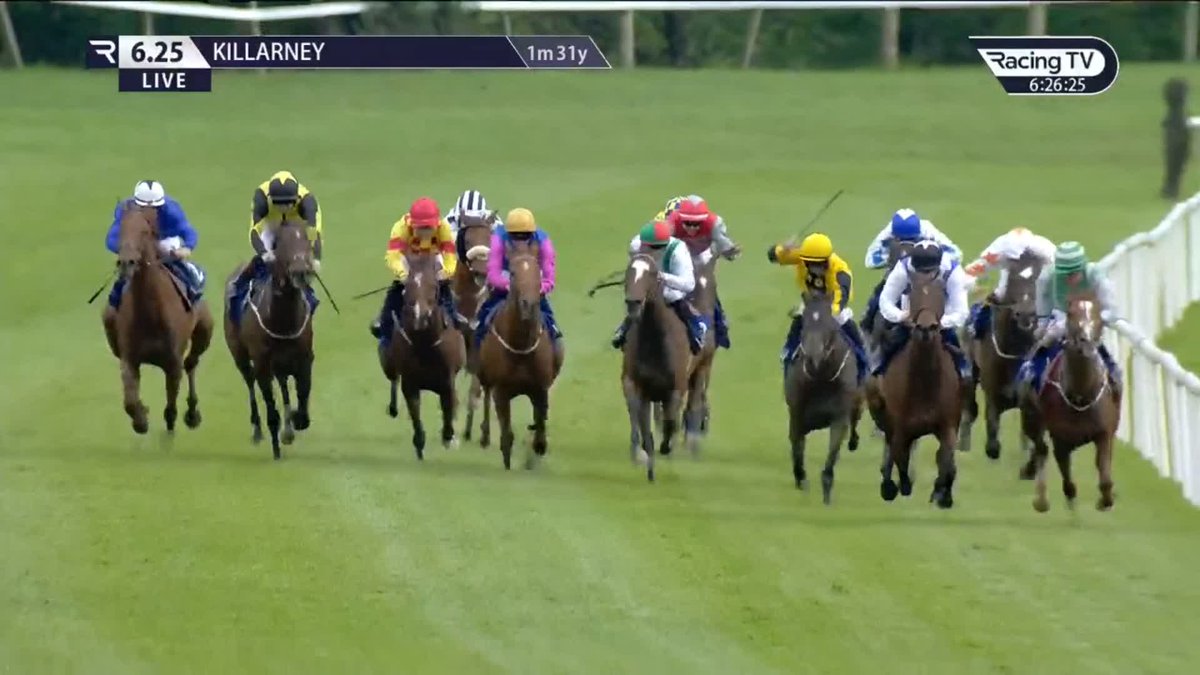 “✅ Off the mark Four-year-old All Lies Ahead wins at @KillarneyRaces, shedding the maiden tag at the second time of asking for Willie McCreer...

All Lies Ahead, by @BallylinchStud Make Believe, runs out a convincing winner of the 1m maiden, beating the boys (runner-up rated 80)

“✅ Off the mark Four-year-old All Lies Ahead wins at @KillarneyRaces, shedding the maiden tag at the second time of asking for Willie McCreer...

The 3yo was sold by Tally Ho to @SackvilleDonald

Bred by Randolf Stevens Ltd, he was sold at the November Foal Sale by @OghillHouseStud 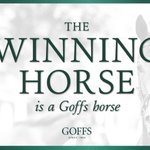 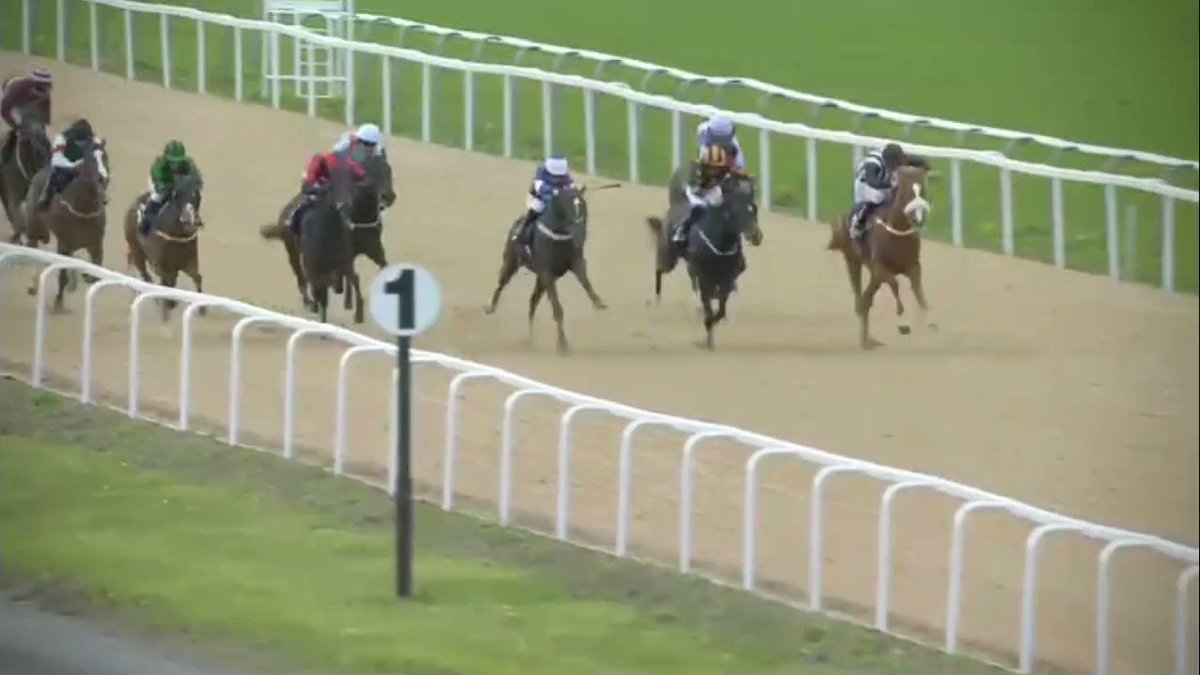 “Saucy from HP 😋! HELLO POWER battles bravely to earn her first career win! She is definitely going the right way ↗️! Congratulations to ...